Boots from USB flash drives to test the RAM in your computer for faults.

Utilizing algorithms that have been in development for over 20 years. 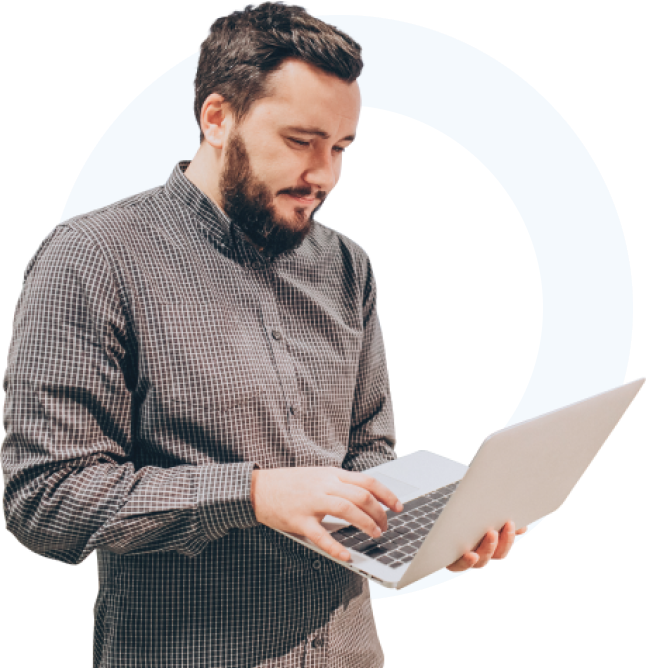 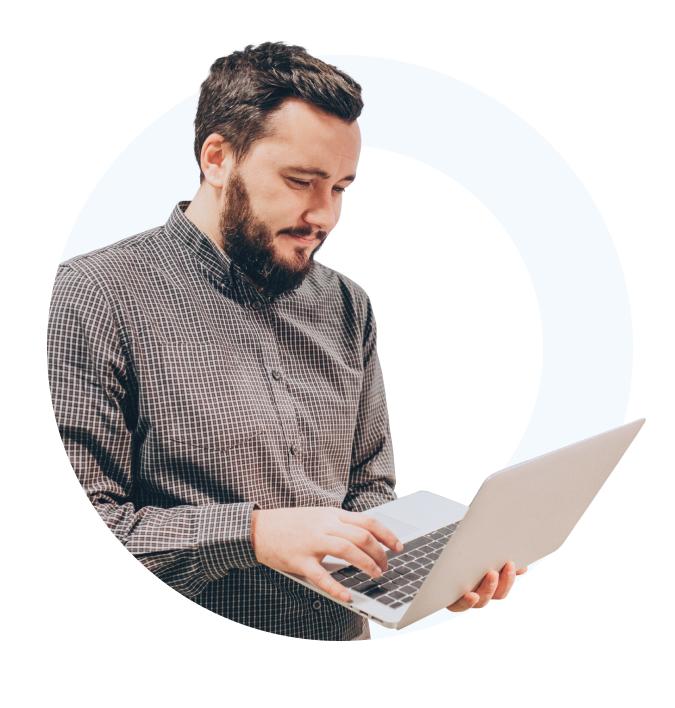 *Please refer to the Feature Comparion Table for edition inclusions. 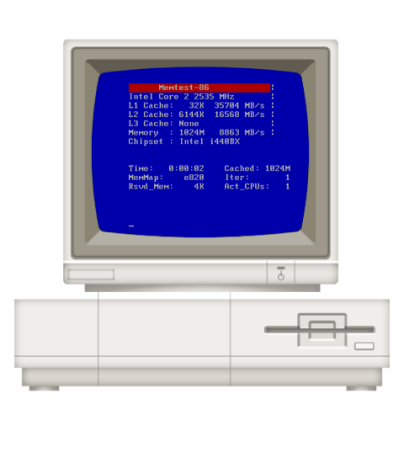 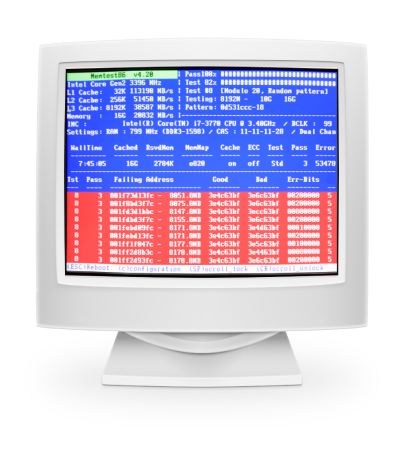 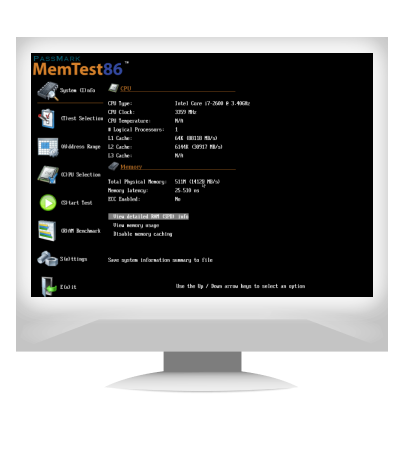 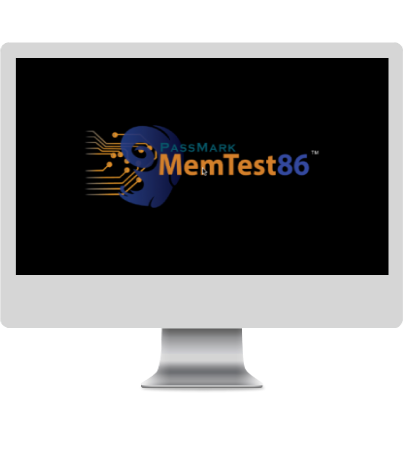 The History of MemTest86

MemTest86 was originally developed by Chris Brady (BradyTech Inc) with a first release in 1994. However, it is interesting to note that some of the testing algorithms used have been under development since 1981 and were previously implemented on Dec PDP-11, VAX-11/780 and Cray XMP architectures. Since then, there have been more than a dozen new versions released. Support for 64bit, new CPU types, symmetrical multiprocessors and many other features have been added during this period. MemTest86 was released as free open source (GPL) software

Between 2002 – 2004 (during the time period of the MemTest86 V3.0 release) the code was 'forked' by Samuel Demeulemeester (now part of the French CanardPC publishing group) into another version of the software calledMemTest86+. The naming was unfortunate as it now leads to much confusion between users. Nevertheless, bothMemtest86s subsequently continued to be developed.

The original MemTest86 was continued to be developed across 2004 to 2013, with multiple updates made - most notably the Version 4.0 release. In Feb 2013, PassMark Software took over the maintenance of the MemTest86 project from Chris. This was around the time that a lot of technological changes were occurring. The 64bit era was here, DDR4 was coming, UEFI had already arrived and Microsoft's Secure boot technology threatened to prevent MemTest86 from booting on future PC hardware.

Starting from MemTest86 v5, the code was re-written to support self-booting from the newer UEFI platform. The software still remains free to use without restrictions. The MemTest86 v4 project is still maintained and remains open source, for use on old machines with BIOS. However, from V5 with the latest release being 9.0 the software is being released under a proprietary license. Development on the MemTest86+ version seems to be discontinued as there have been minimal updates since 2013 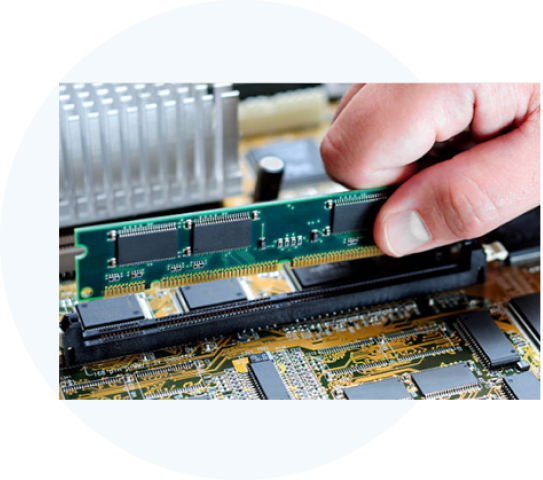 Unreliable RAM can cause a multitude of problems. Corrupted data, crashes and other unexplained behaviour.

Bad RAM is one of the most frustrating computer problems to have as symptoms are often random and hard to pin down. MemTest86 can help diagnose faulty RAM (or rule it out as a cause of system instability).

MemTest86 is relied on for industrial use (PC/CPU/motherboard/RAM manufacturers) and consumer use (system builders, overclockers, computer enthusiasts). 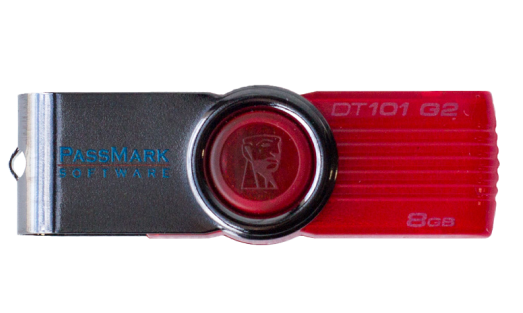 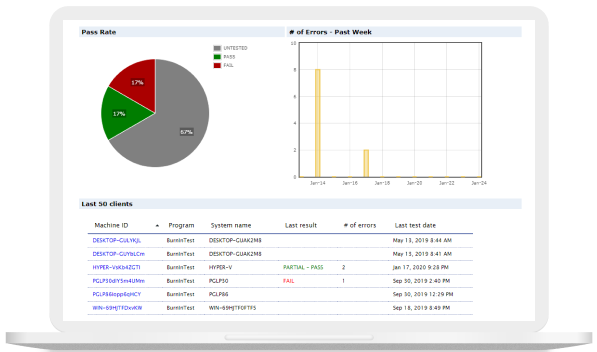 Make your own MemTest86 USB drive, or purchase our ready to use USB stick with the Pro Edition pre-installed and configured.